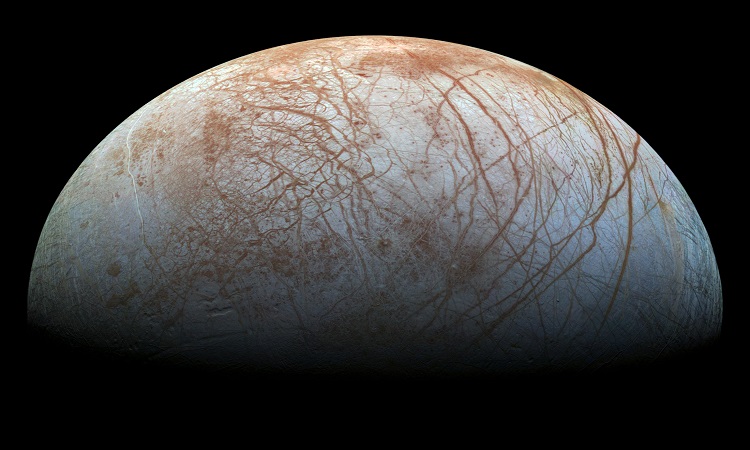 New analyzes by NASA confirm that there is indeed water vapor that escapes periodically from the surface of Europa.

Europa, the moon of Jupiter, is one of the most promising places for the search for extraterrestrial life. And for good reason, we find under its thick layer of ice a liquid ocean. But there is also an intense tectonic activity under this crust, which allows periodic discharges of water vapor to the surface. At least, that was the theory.

These jets had already been spotted before. Some can even reach a height of several tens of kilometers. What we now confirm NASA’s Goddard Space Flight Center is that there is plenty of water in these plumes. Indeed, their chemical signature has just been measured directly.

Rare but intense eruptions
These measurements were made possible by a spectrograph installed on one of the Keck Observatory telescopes in Hawaii. During 17 nights of observation between 2016 and 2017, the researchers spotted a weak, but distinct, signal indicating the presence of water molecules.

“The essential chemical elements (carbon, hydrogen, oxygen, nitrogen, phosphorus and sulfur) and energy sources, two of the three demands of life, are present throughout the solar system. But the third – liquid water – is a little hard to find beyond the Earth, says Lucas Paganini, the main player in this research. Although we have not yet detected liquid water directly, we found the second best thing: water in the form of steam.

This study, published in the journal Nature Astronomy, also tells us that these eruptions seem rather rare on the surface of Europa. On the other hand, the quantities of water rejected are quite impressive. The researchers say they have detected enough water to fill an Olympic pool in minutes.

The Europa Clipper mission
This new measure thus confirms the presence of an underground ocean on Europa, nestled under several tens of kilometers of ice. Some studies have also suggested that this ocean could be salty. However, to find out more, we will have to wait a few more years.

It is recalled that NASA confirmed just a few weeks ago its intention to explore more deeply the moon of Jupiter.

The Europa Clipper mission will go into orbit with the aim of learning more about its internal functioning. The probe will try to take pictures of these plumes of water vapor and to sample some molecules. With these analyzes, NASA could assess the life potential of Europa. Its launch is scheduled for 2023.

Water ice on Moon’s pole confirmed for the first time 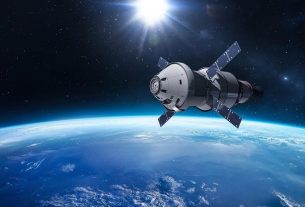 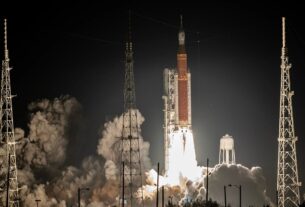