Cosmonaut Alexei Leonov died on Friday at the age of 85, the Roscomos agency has announced.It is known to be the first man to make a spacewalk, it was in 1965.

Yuri Gargarine is known to be the first man to have flown in space during the Vostok 1 mission on April 12, 1961. But the first to be released in space is another character: Alexei Leonov. The cosmonaut unfortunately died on Friday at the age of 85, has just announced his collaborator Natalia Filimonova. The Russian space agency Roskosmos confirmed with regret the death of this cosmonaut starry twice as hero of the Soviet Union””.

First exit in space
Alexei Leonov was then a pilot of the Soviet Union Army when he was selected in 1960 to become a cosmonaut. He was then appointed to participate with Commander Pavel Beliaev to the Voskhod 2 mission. Objective: to conduct the first spacewalk in space. And by the way, give a new slap to the United States. The big day will take place on March 18, 1965. But everything did not go as planned.

About an hour and a half after being placed in orbit, Leonov enters the airlock. Once it is depressurized, the cosmonaut, connected by a cable of 4.5 meters, then begins its release. He is dazzled by the sun, and fails to press the shutter button on his camera. First disappointments. After walking a few meters, the silence and the deep black of space impress. But not as much as the Earth:

She looked small, blue, clear, so touching, so lonely, he explained one day. It was our home, and I had to defend it as a holy relic. She was absolutely round. I think I never knew what round meant before I saw the Earth from space.

A nightmare mission
Then things started to really go wrong. After a little fifteen minutes, his commander signals him to return. Problem, once arrived at the door of the airlock, Leonov does not pass. In the void, her suit was so dilated that her feet and hands seemed to have narrowed. He will later compare himself to the Bibendum of Michelin Advertising.

To pass, Leonov had to drop the pressure in his suit with a valve for another use. A maneuver that allowed to deflate a little the combination of the cosmonaut, who returned in force inside the airlock. He is sweaty, exhausted. Witness his pulse at 143 beats per minute and his body temperature at 38 degrees Celsius. He then re-entered the cabin, and the Voskhod 2 crew began the rest of the program. But again, not without pitfalls.

Indeed, the hatch of the airlock had not closed well. Which means that oxygen from the cabin was slowly fleeing into space. A lack of separation of the two modules then led the occupants to turn on themselves at crazy speeds. Beliaev and Leonov are then subjected to accelerations of 10 G.

Not to mention the firing of the retrofuses that did not trigger during the descent. The two cosmonauts had to finish the maneuvers manually, to finally land at 386 kilometers from the planned site, in the middle of the Siberian forest. The two men spent two nights there, under the threat of tigers and wolves, before finally being repatriated.

Recall that all these events were unveiled until much later, during the liberalization of the Soviet regime.

Research reported – Now more oxygen in the water of Mars 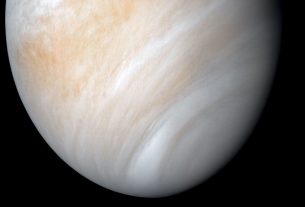 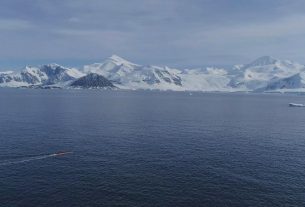